Ramen And Kimbap In Dubai 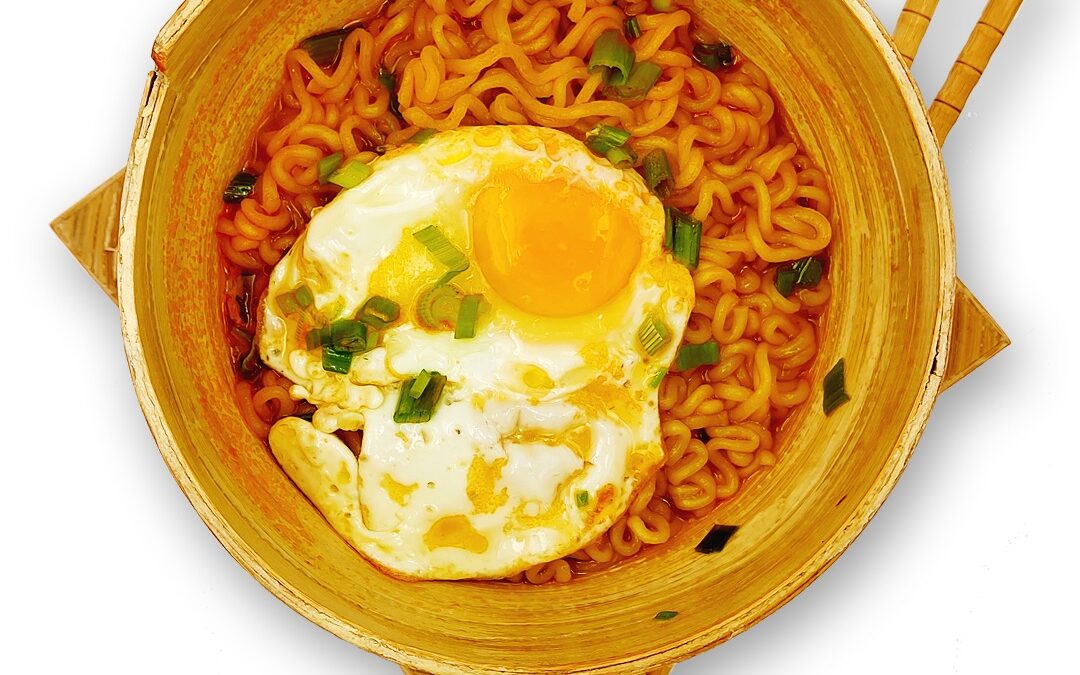 Hello, in this blog we will give you great information about Korean food such as Korean ramen and Kimbap, as well as places in Dubai where you can get cheap Korean street food.

What exactly is Korean noodle Ramen?

Ramen is a noodle dish that originated in China. It is known as “Lamian” in Chinese. In Chinese, “la” means “to pull,” and “mian” is a wheat dough-based food product that includes noodles. Lamian is thus literally translated as hand-pulled noodles. When instant ramen was first introduced to Korea in the 1960s, it quickly became popular. Instant ramen is a type of ramen noodle that has been precooked and dried so that it can be stored for a long period of time. for an extended period of time without deterioration. It is typically sold in a cup or bag, with the broth and toppings included. All you need to do is add hot water, and your instant ramen is ready to eat. 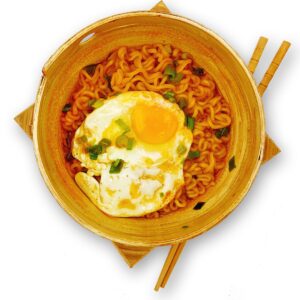 Inspired by Japanese instant ramen, it was created in Korea as an instant food from the start. Samyang Ramen was the first to introduce instant noodles on September 15, 1963. Samyang Foods Chairman Jeon Joong-yun, who ran an insurance company in the late 1950s, came across Japanese instant ramen while conducting business training in Japan. And he brought instant ramen because he thought it would suit Korea’s economic situation at the time. However, it is claimed that the product released at the

Time was not popular because the taste did not appeal to Koreans. Samyang’s ramen at the time was Japanese-style chicken ramen, based on the recipe of Japan’s Myojo company. Because it was made with chicken stock, it was thought to have a greasy flavor.

is a type of Korean seaweed roll made of rice, vegetables, and seaweed. Kimbap is a traditional Korean picnic food. Korean kimbap is sometimes confused with Korean sushi, but the two are not the same. Here are step-by-step instructions to help you with your home preparation. 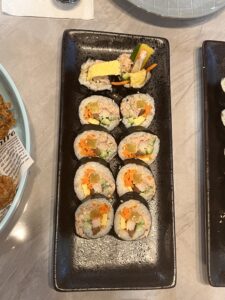 What Exactly is Kimbap?

Kimbap as it is sometimes spelled translates to “seaweed and rice” in Korean. This quick-meal seaweed roll is made from cooked white rice. Rice and a variety of vegetables, fish, and meats wrapped in gim (김) – dried seaweed sheets. Due to the numerous ingredients that must be prepared separately, kimbap may appear to be a time-consuming dish. However, it is not as bad as you think, and the outcome is rewarding. It’s also cheap and looks great. Where to Eat Kimbap in Dubai: Korean Restaurant in Dubai Roll and Bubble branches all have different types of Kimbap, such as beef kimbap, tuna kimbap, and vegetable kimbap; you can view the Korean restaurant menu here. You can also order it online through Careem, Noon, Talabat, Eat Easy, and Zomato delivery services in Dubai. This restaurant offers the most affordable Korean street food in the area. In the area and in the Business Bay branch, you can find a variety of delectable Korean foods such as Ramen, Kimbap, Korean fried chicken, and sushi, as well as great Korean side dishes such as Kimchi.